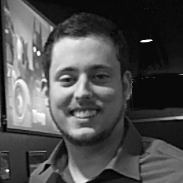 Express VPN claims to be the world-leading VPN with rock-solid security and blazing fast speeds. I ran an abundance of tests to see how well it performs. In this deep dive review, we will answer those questions from security, geoblocking, speed, streaming, and more.

What's in this Review?

Router Compatibility
Yes, installing the VPN on a compatible router is recommended to secure all devices without the need for downloading an app on each device or worrying about simultaneous device limitations. This is great for gaming consoles, smart TVs, and streaming devices.

Express VPN is headquartered in the Bristish Virgin Islands, this is an ideal location for a VPN provider as countries like Panama, British Virgin Islands are known for not sharing intelligence with other countries which make it a privacy haven. Express VPN is not required watsoever to share any information or report any storange of data. This is great as they are far way from the 14-eyes surveillance alliance. On the countrary countries like the US, UK, and Australia share their info

ExpressVPN’s core mission is to keep your information private. In service of this mission, ExpressVPN’s headquarters and registered place of business is in the British Virgin Islands (BVI), which has stricter laws concerning information disclosure than most countries. The BVI has no data retention laws, and any legal order requiring a BVI company to disclose customer records must come from the BVI Supreme Court.

ExpressVPN does not track any personally identifiable activity logs. This means all your data, browsing, and web traffic remains hidden and are not stored or logged anywhere.

Here is what Express VPN collects:

Here is what Express VPN does not collect:

Our commitment to your privacy means we never keep sensitive information and eliminate both activity logs and connection logs. Our systems are built around NOT knowing how customers use our services. ExpressVPN cannot answer questions like “Which users were connected to a given IP address at a specific time?” or “Which users accessed a particular website?” because we simply never possess that data.

How secure is ExpressVPN?

AES-256, which has a key length of 256 bits, supports the largest bit size and is practically unbreakable by brute force based on current computing power, making it the strongest encryption standard.

Express VPN offers a variety of protocols. It is defaulted to automatic and recommended as Express VPN will determine the best protocol to use. 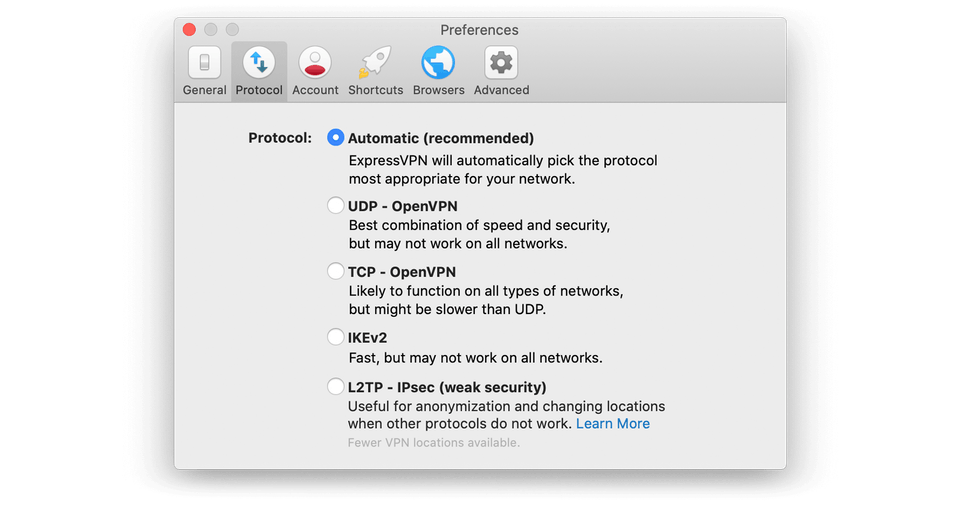 One of the features Express VPN offers is a kill switch. The kill switch is an advanced security measure, which prevents your data from leaking to the web.

If your VPN connection is ever interrupted, Network Lock will immediately stop traffic from entering or leaving your device. By halting all online activity, Network Lock keeps your personal information from being exposed to your internet service provider (ISP) or other prying eyes.
Network Lock means you never have to worry about a failed connection compromising your security and privacy. Not even for a moment.

The kill switch is available for both mobile and desktop users. This includes iOS, Android, Windows, and MacOS

ExpressVPN runs its own DNS on every server meaning no activity logs, no connection logs, no DNS blocking and no third parties. Your DNS queries are handled and encrypted by ExpressVPN and not your ISP.

Express VPN introduces TrustedServer server technology which adds another layer of security. ExpressVPN servers never write to hard drive, running only on RAM. TrustedServer ensure all servers run secure up to date software on start up. By removing write access to the hard drive they minigate security risks by hackers.

With TrustedServer, ExpressVPN prevents the operating system and apps from ever writing to the hard drive. Instead, the server is run entirely on volatile memory, or RAM. Since RAM requires power to store data, all information on a server is wiped every time it is powered off and on again—stopping both data and potential intruders from persisting on the machine.

This video offers a detailed approach to TrustedServer

If you want to access TV shows, movies, sports, games, or live events from a certain country connect to a server location in that country. This is all detailed in the video below:

Express VPN does a great job of bypassing geoblocks. I tested many of their server locations and all had no problem acessing Netflix, one of the toughest geoblocking services. Their VPN unlocks a ton of Netflix libraries. We were able to unlock the following:

Even better there are more libraries Express VPN unlocks the ones above are just some we tested.

Other streaming platforms that I had no problem with:

Express VPN stands out for torrenting, it allows P2P traffic across all of its servers resulting in less server congestion and ultimately faster download and upload speeds. There is no bandwidth limit or data cap which is great for torrenting however there is no port forwarding. For torrenting the Network Lock feature is nice to have the extra security. Make sure the Network Lock is enabled in the VPN app. We also found Express VPN works great with Kodi as we found no issues.

We tested and found Express VPN works with all the popular torrent clients including uTorrent, qBittorrent, BitTorrent, Vuze, WebTorrent, BitComet, and Deluge

We capped our speeds at 100 Mbps to compare VPN results and then by calculating a % loss between our baseline and resulting speeds to understand how much the VPN affected our speeds. The starting baseline speed with no VPN for upload is 94.38 Mbps and download is 85.74 Mbps.

One thing to note when I selected a server furthest away from my location the speed slightly decreases. The longer your traffic travels the slower your speeds will be, however, the best VPNs will mitigate the effects and ideally, won't even notice the difference at all.

Geoblocking, How well does it fare in China?

Finding a VPN in China is difficult, China has tough restrictions and government surveillance. Some VPN's are not powerful enough to bypass these restrictions and are blocked from accessing VPN sites and apps.

Fortunately, Express VPN bypasses Chinas censorship with ease this is due to devoting significant resources into outsmarting them. Express VPN recommends using the smart play feature to bypass censorchip as they do a superb job of using proprietary obfuscation security protocols to bypass any restrictions.

Ease of Use and Support

ExpressVPN makes it very simple and easy to use for all platforms including device specific aps and browser extension. It is very easy to use their interface that includes a power option button for turning the VPN on or off as well as a dropdown to select the server location.

Browser extensions are availble for Chrome and Firefox, we recommend getting the browser extensions as they ensure you have full protections and masks any of your web activity without you leaving your browser window.

For instructions on installing the browser extension, please see these guides for Chrome and Firefox.

ExpressVPN has a dedicated support page that includes troubleshooting, setup guides, and video tutorials. ExpressVPN has 24/7 live chat support that is very responsive. If you ever had any problems rest assured they will be helpful as they are customer focused. You can also reach them by email.

Express VPN's pricing is straight forward, they offer three different plans. Each plan includes all of the features and functionality they offer so there is no upselling. The monthly plan is slightly more expensive than some competitors, however the longer you purchase a subscription the lower your monthly fee will be. Also, they are dedicated to providing a superior VPN experience to its customers making it a great value.

There is a lot to like about ExpressVPN, it passed all our tests and we highly recommend ExpressVPN.

ExpressVPN is the leading industry standard for VPN services. With ironclad encryption, user privacy in mind, and plenty of features. ExpressVPN is a the best overall VPN and tops our list for best VPNs, it's no wonder why ExpressVPN is gaining the recognition it deserves.

Try ExpressVPN for 30 days, if your not satisfied they offer a money-back guarantee no questions asked!

It's better on top.

We are committed to providing top-tier analysis of VPN services while providing awareness to those who want to restore their privacy and protect their personal information.


Our hope is to help guide you in finding the right VPN for your needs. You can support our work through donations or by sharing our content.